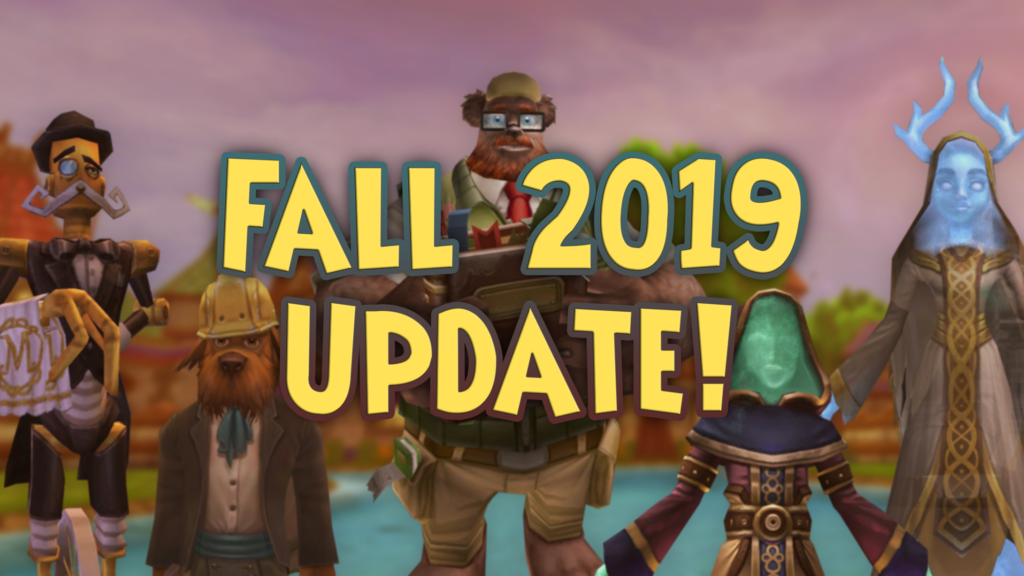 As has become an annual event, the Fall 2019 test realm has just been released, and brought with it a major content update!  With new areas, expansive lore updates and some really epic features, this update has it all!  So lets delve deep into this vast array of new content and explore what it has to offer.

After months of waiting, we finally are given the chance to learn about what happened to poor old Landscaper Doug!  Level 15 and above Wizards can adventure down into the Old Town Drain Gauntlet, in the hopes of finding him. Down under, you’ll find the Subterranean Sanitation Operations Boss, or Boss for short. He’ll definitely remember our Wizard’s assistance!

Many levels later, upon completing Bartelby’s Scion quest line at the beginning of Empyrea Part 2, the next part of the Underground will unlock! Renee will call to us again, as we are the only “topsider” trusted to solve this mysterious issue. Something has corrupted the trash of Wizard City and brought it to life! It is our job to find the source of these monsterous creations and put an end to it! Along the way, we learn an insane amount of new lore that has to do with the origins of Ravenwood and so much more. We won’t spoil that here however, so stay tuned for our next article aptly titled The Wizard City Underground Story!

These new areas bring with them new mobs, storylines, characters and content for you to sink your teeth, and your wand, into!  I’ve spent the last four hours on test realm and I’m still not done! 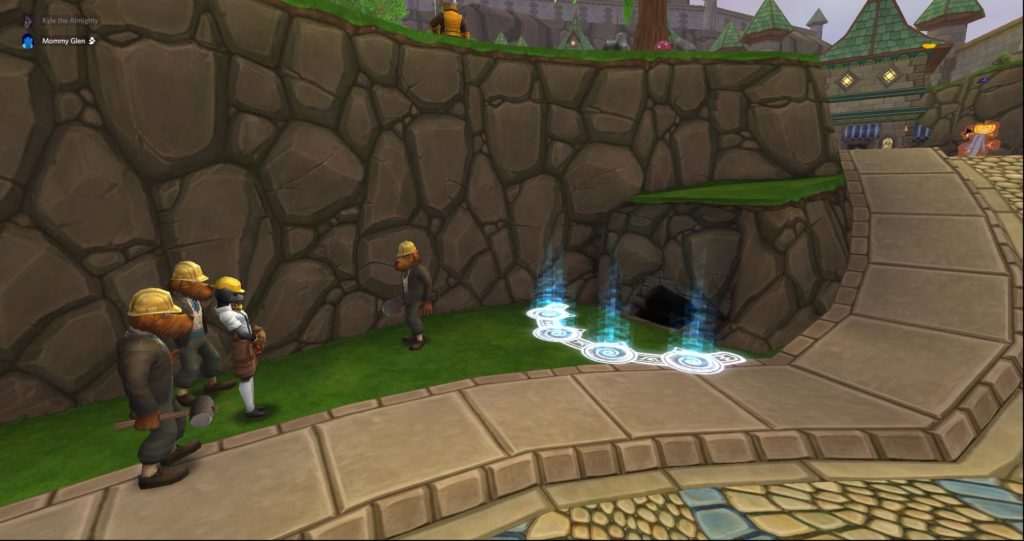 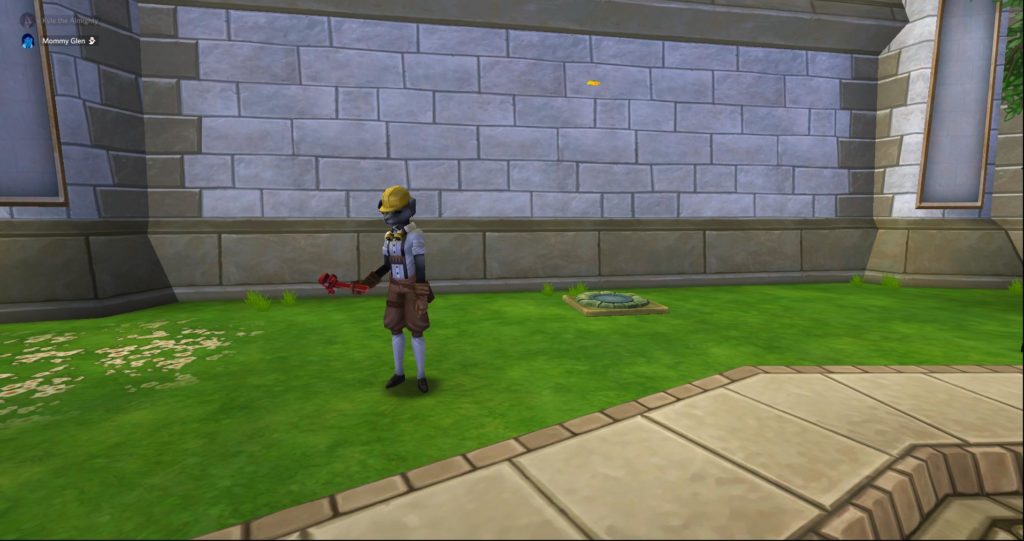 How many times have you had to spend hours, days, even weeks looking for an item? Whether it’s a piece of gear or a housing item, you just can’t seem to remember where you stashed it. Well this, right here, is your solution!  The Backpack Butler will cost you a mere 2500 gold, and can be found in many furniture stores throughout the Spiral!

Now our Wizards can search for an item of our choosing! The new Butler, I named mine Gerald, will then search every single location possible for our character in order to locate it!

He’ll search our inventory, bank, shared bank, houses, attics, vaults and more until he finds what you’re looking for!  This feature will revolutionize the Wizard101 inventory system!  Perhaps more remarkably, it marks the first time we’ve seen an in-game search function (besides that of the Crowns shop). Could this lead to new search features in the future? What about one for the Bazaar?

Only time will tell. But for now, I’m going to use Gerald to find my old 50 Million Player Monolith, an item I have been missing for months! 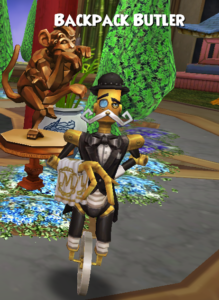 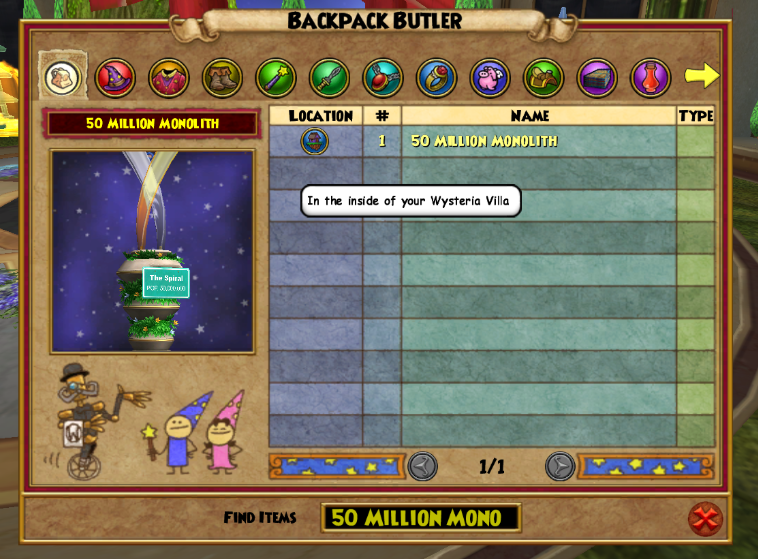 If there was ever a feature we needed to have added to the already great Hatchmaking Kiosk, it was this.  Simply select the Search for pet talents option located in the top right hand corner of the Kiosk.  From there, simply search for whichever talents you want and select them!  What will follow is a list of every possible pet with those talents available.

Alongside this massive improvement, there has been a change made to the browsing pages in the Kiosk. A new check mark will appear next to any pet you’ve acquired in your Pet Tome! Collecting all the pets in the Spiral has just been made a lot easier! 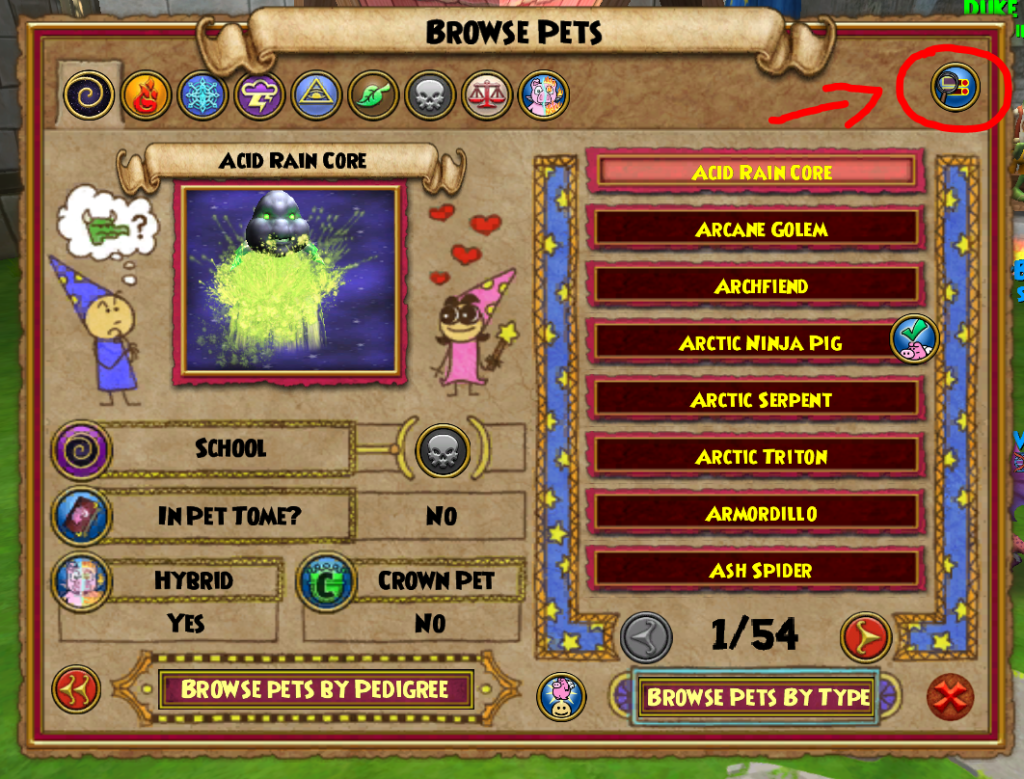 This new feature has me extremely excited about what’s to come for the future of our spells in Wizard101! The ability to farm for Spellements, a new type of reagent, that allows us to modify our own spells is incredible!  Variations revealed by Kingsisle have shown accuracy increases, damage range increases and even the removal of damage ranges as a whole, replaced by a consistent amount! It’s exciting to think of the crazy variations that might one day become possible!

It appears that at first this feature will be limited to our original 1 pip spells, as shown by Kingsisle in their update notes, and the two new spells.  Nightbringer and Daybreaker are two new Sun school enchantments, found throughout the Wizard City Underground area!  Collecting enough of these rare Spellement reagents will allow you to modify them! This involves increasing the amount you can carry, their added pip cost, and how many of them can be reshuffled.

It’s likely these enchantments will have a role to play in PvP, as their delayed effect can allow for combinations and strategies not previously possible. It’s only a matter of time until someone finds a new, exciting way for them to be used! 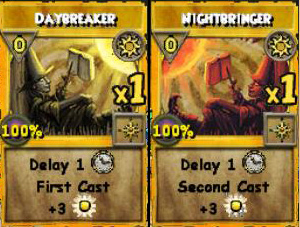 Housing enthusiasts rejoice! Castle Magic is receiving a set of three new additions for you all to play with. A whopping 36 new effect spells have now been added to your arsenal. These include Shadow and Loremaster spells! 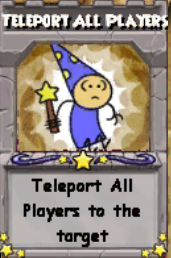 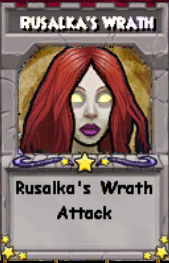 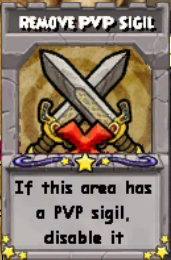 This update also brings about expansions to the two major events in Wizard101 as of right now, the Beastmoon Hunt and the Deckathalons.  We are unable to see this content as of right now, but we’ll be bringing you all the information when it drops in a future update of the Test Realm!

The Spiral Showcase event has also been made a little easier to gain points for. Changes have been made to pet training and team up options to allow points to be gained more easily. However no new means of gaining those points have been added as of right now.

Slap on your theory caps Wizards, maybe all the spoilers and leaks about new maps and other updates are going to come true!

So what else changed?

Lots of other little details have been changed in our precious Spiral.  Some of the more notable changes include the removal of a level requirement for owning houses and fixes to friend’s list issues. These quality of life changes fall in alongside a couple bug fixes and optimization changes to help the game become an even better version of itself! 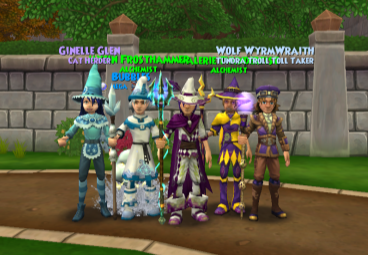 What do you think?

For me, this is probably the best update we’ve received in a long time. I left out a lot about the Underground areas for my next article intentionally, because the content is genuinely amazing. I enjoyed every second of the hours I played for, and I know that tomorrow I’ll be doing the exact same thing! It’s these massive updates, alongside the beautiful changes we’ve all wanted for years, that allows the game to continue to flourish. I believe that this update will go a long way in continuing the games legacy!

So what do you think of these changes?  Let us know with a tweet or a comment down below.  And of course, make sure to stay tuned for the rest of the upcoming update articles!