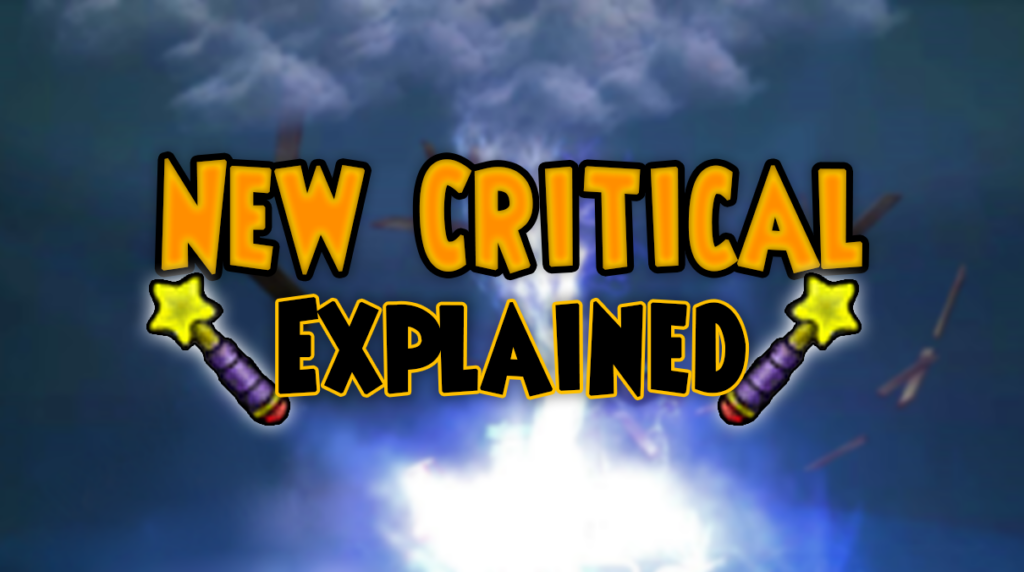 Hello Wizards, Nathan Shadowbringer, and Scot Moonshade here! We’re going to explain the recent changes to Critical and Block. Today’s article will revisit the previous age’s Critical and delve into the new system. We will examine the formulas to calculate your Critical Chance and damage multiplier. Critical has undergone a lot of change in recent years, and this update brings a new era of Critical! Critical and Block were once a percentage-point based system. Now it’s changed to a dynamic framework involving both Critical and Block.

Before we begin, we need to make a quick disclaimer. According to Ratbeard’s Karamelle PvP Update #2, Critical in PvP is not calculated the same as in PvE. The formulas we used do not work for calculating Critical or Block in PVP. All the information below applies to PVE only. With that said, let’s get started!

Before the 2020 Fall Update, Critical was well… more critical. There was a chance to critical and a chance to block—the Critical stat based itself on how high your rating was in the respective category. Landing a Critical would ensure that your attack would do twice the damage (or 1.33 times damage in PvP). The problem with the old system was that achieving a high Critical Rating was easier than Block. It was making Block obsolete compared to Critical. With the new changes, it’s more balanced. 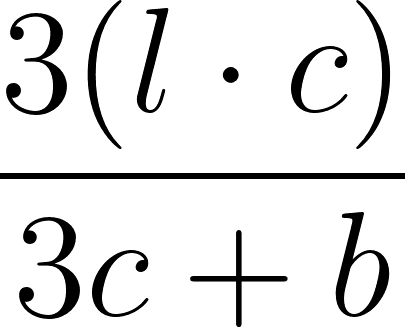 The changes to Critical involve two new formulas. Both equations depend on the attacker’s Critical and the defender’s Block. The first formula determines your Critical chance. Note that Critical chance and Block chance must always add to 100%. For example, if you have a Critical chance of 90%, your opponent would still have a 10% chance to Block.

If your attack doesn’t Critical, or if the enemy blocks, the calculation ends there. In this scenario, the second formula isn’t necessary. But, if you do land a Critical hit, then the second equation runs. This determines the Critical Multiplier. This formula relies on the attacker’s Critical and the defender’s Block. Further examples are available in KI Developer Ratbeard’s Dev Diary.

Critical heals also use the Critical Chance formula. But they’re based on your Critical Rating and the Block of the person you are healing. The only difference is, they cannot Block a heal but instead can “resist.” The higher your Block, the less you’ll get from a critical heal. Fortunately, the schools that have more Block also tend to lean towards a tank-type playstyle. Tank builds have more Health and Resistance, so they can afford to lose some of that incoming healing from the Critical. Regardless, the amount of extra healing uses the same critical multiplier formula. Remember, it’s still impossible to block a critical heal!

There are a few basic formulas that can roughly estimate Critical and Block ratings. These formulas are interchangeable, and most involve moving numbers and variables around. The following equation presented removes the need for complex fractions. Here are two general procedures for determining Critical chance:

Much like the Critical percentage formula, the damage ratio also follows a function. In this case, the damage multiplier is equal to 2 – 3 * Block / (Critical + 3 * Block). See the formula below. 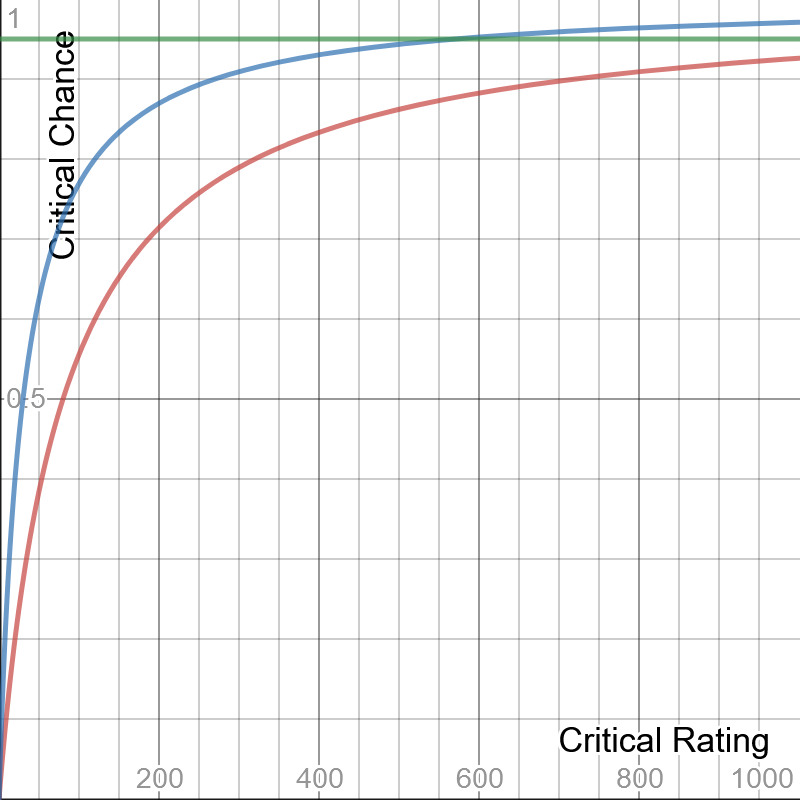 Here is an estimate of your Critical Chance against mobs with ninety block (blue) and two hundred-forty block (red). The green line at the top represents the Critical Chance soft cap at ninety-five percent.

Using these formulas, you can now find optimal Critical numbers for mobs and bosses. Karamelle mobs have around 90 Block while Karamelle bosses have at most 240 Block. Except for the final boss, it would seem.

What Does this Mean?

It’s important to remember that everything we’ve shown you is subject to change. Critical and Block in PvP are calculated differently than PvE.

Using these numbers, you can find your optimal amount of Critical; 570 Critical will get you up to 95% Critical against most mobs. Using the formula for Critical Multiplier, we suggest 630 Critical as a good general goal. This way, against monsters with 90 Block, you’ll Critical 95% of the time and get a 1.7 multiplier against them.

As we enter the “Third-Age” of Critical, there’s potential for more diverse character builds. An example of this could be full-damage pets as opposed to pets that have Critical and damage. These changes also give new life to the may-cast Vengeance talent. This update creates better balance and a more dynamic flow between Critical and Block, allowing players to customize stats to their unique play-style. Thanks for reading; we hope this helps you understand the changes and how they affect your Wizard. If you have questions, you can always find us around the community. That’s all for now, until next time, we’ll see you in the Spiral.