You probably thought it was impossible to get 100% critical plus high damage with the Ice school, huh? Well, you’re wrong!

With Ice, this is the most difficult school to get 100% critical, even more so with balancing high damage with it. Ice doesn’t have the privilege of having high critical items compared to the other schools. For example, Jack Hallow’s wand sets all have 195 critical while the ice version is much lower. From my calculations, this Ice setup should give you 845 critical and 123% damage. 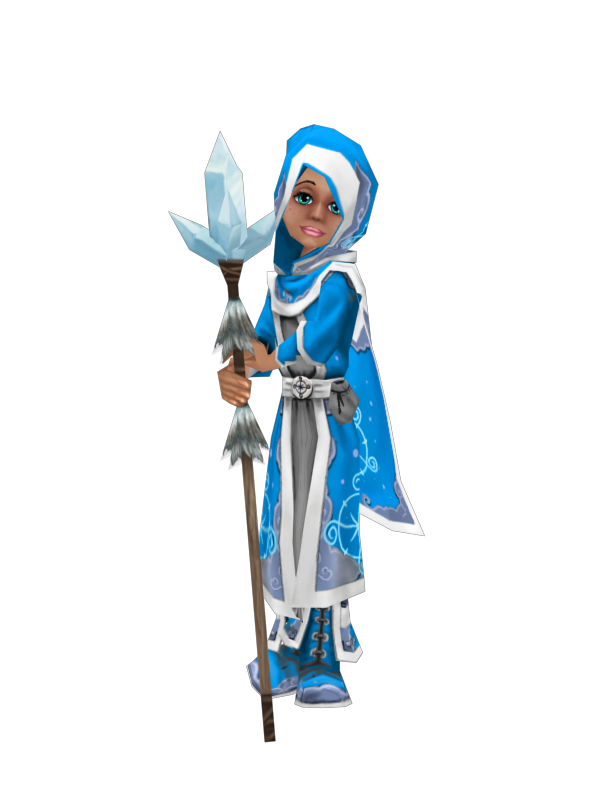 Benefits of the Ice School

The Ice school is a very powerful school in Wizard101. They have the highest amount of health and resist in the game. You’d think the Life school would take the trophy in that department. Ice is very flexible in the sense that they can defend, they can attack and they can assist their allies with shields in a battle. Usually, when I see an Ice character in PVP, I get scared since they can hit very hard with their spells yet defend themselves well.

Problems with this build

Well, Ice shouldn’t be a school that runs this build since their health decreases by a bit along with some other stats since the robe we’ll be using decreases health. We’re only using it because it increases damage by a lot. A substitute would be to use the Frosty Light Brigade Armor instead even though it will decrease the damage. At least you’ll still critical every Ice spell. I figured this school would be at a higher disadvantage than the others since KingsIsle built the Ice school to be a more defence-driven school which explains their resist and insane health. Personally, for this build, I’d replace some of the critical talents on the pet with more damage and replace the amulet with Morganthe’s Gem of the Grand Prophecy (gives 2 extra ice blades) but you can play around with it. 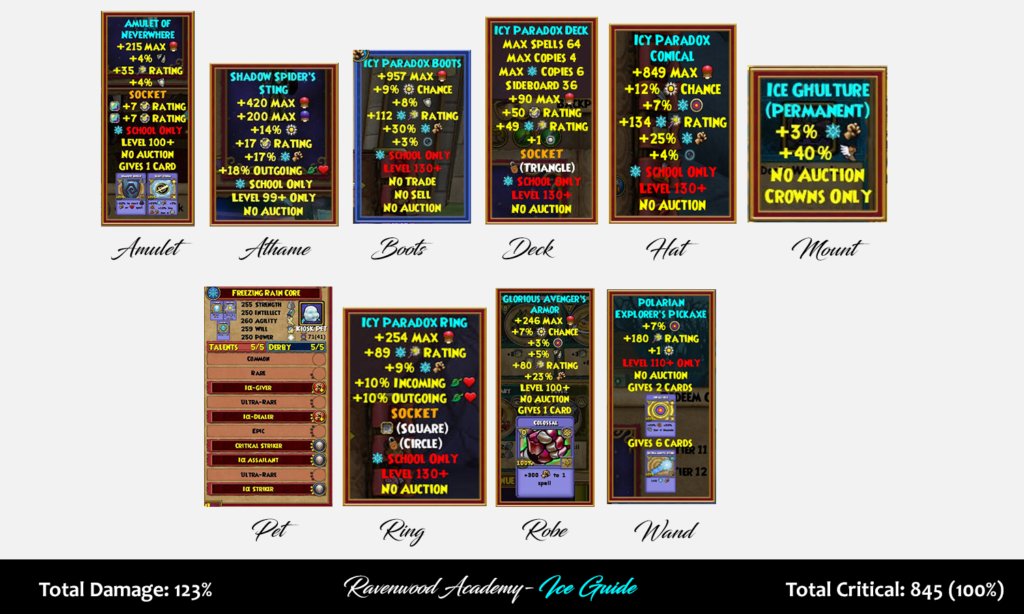 Gear Setup Note: You can alternatively use Morganthe’s Amulet (Gem of the Grand Prophecy) which gives 2 extra Ice Blade cards. It will just decrease the critical by 5 which still would register as 100%.

I hope you enjoyed my guide on how to unleash the critical potential of Ice school. Let it turn your snowstorms into  Blizzards, and let us know what you think in the comments below!