Just sharing something I found out recently that might increase your energy efficiency while training pets. Let me know what you think!

Before I start, consider getting some energy gear if you don’t already have some! I made a guide you can check out here for some ways to get energy gear without emptying your crowns wallet.
Also, you should never use snacks that give less than 8-10 XP unless you are completely broke. It’s just so inefficient. Sell them if you have them, and buy the rank 7 snacks from the bazaar. (If the snack is the same school as your pet, that’s a plus too.) You may already have some rank 7+ snacks from bosses you have fought while questing or farming, so you shouldn’t always have to buy when you run out of mega snacks.

This mainly applies to people that have a limited number of mega snacks. If you have like 400+ in that tiny little backpack of yours, keep doing what you’re doing.
You wanna make the most out of your precious, limited supply of mega snacks?
DON’T USE THEM.
(Well, not yet at least.)
This may not make sense at first, but trust me here. Consider this: regardless of what level your pet is, the same snack will always give the same amount of xp. 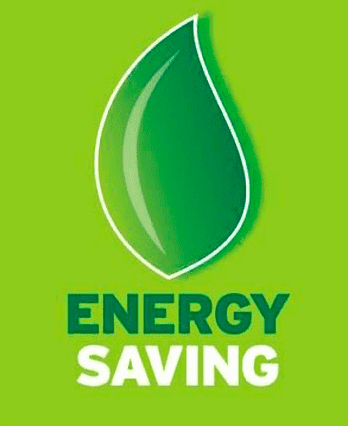 On the other hand, the level of your pet DOES decide how much energy you spend per game during training.
But why does that matter?
Theoretically, you’d want to spend more time at the lower levels to take advantage of the cheaper energy cost. The better snacks will level you up faster (which is the goal), but that gives you less time at the lower levels. And there’s no way using worse snacks can be more effective……right?
Not necessarily.
Still kinda confusing right? Well check out this example!
Imagine you begin training a pet, and have these two snacks in your backpack:
Fancy Yogurt (x5)
Shanta Pudding (x13)
Pet: Baby (0/125 xp)
Naturally, you want to rush straight to Teen using those Fancy Yogurts right? Well, 3 snacks will level you up. Here are the results:
Pet: Teen (25/250)
Games Played: 3
Energy Cost per Game: 2
***Energy Used: 6***
Remaining Snacks:
Fancy Yogurt (x2)
Shanta Pudding (x13) 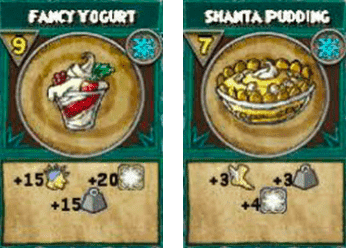 Now, assuming you play 15 more pet games and used the remaining Fancy Yogurts and all the Shanta Puddings, you would just barely make it to Adult. Here are the results:
Pet: Adult (5/500)
Games Played: 15
Energy Cost per Game: 4
***Energy Used: 60***
Remaining Snacks: None
Overall to get from Baby to Adult, it took 66 energy and all 18 snacks. We used the mega snacks first, which is typically how people train their pets.
Now, lets see if what happens when we take the same situation, but start by feeding the Shanta Pudding instead of the Fancy Yogurt.
Since it only gives 10 xp, you will need all 13 snacks just to get to Teen. Results:
Pet: Teen (5/250)
Games Played: 13
Energy Cost per Game: 2
***Energy Used: 26***
Remaining Snacks:
Fancy Yogurt (x5)
Shanta Pudding (x0)
Then, you continue to Adult by using the mega snacks. Results:
Pet: Adult (5/500)
Games Played: 5
Energy Cost per Game: 4
***Energy Used: 20***
Remaining Snacks: None
Notice the difference yet? In both cases, you played 18 games, used 18 snacks, and ended up right at Adult.
The difference? Energy. In the first scenario, 66 energy total was used. But in the second scenario, only 46 energy was used.
You literally saved 20 energy from baby to adult just by feeding snacks in a different order.
The concept is pretty simple: by spending more time at lower levels, you decrease your energy usage overall. This was just an example, so I used specific snacks and only did 2 levels of training, but the same idea applies for any other situation.
The longer you wait to use your mega snacks, the more energy you will save in the long run.
Yes, it will seem like it’s taking longer at first. Even in the example, it took 10 games longer just to get to Teen. But if you’re in it for the long haul, you will appreciate the extra energy and less time spent at the higher levels.
Personally, I like to wait until my pet is Ancient (mainly because I have an absurd amount of the +15 xp snacks) before I start using my rank 8 and 9 snacks. If your pet fails early, you can rest easy knowing that no mega snacks were wasted. This also allows you to speed through those expensive 8-10 energy games as quickly as possible, which saves a ton of energy.
This concept does also apply during double xp, but the biggest priority in that case would be to use all of your mega snacks before the event is over. The sheer volume of double xp is worth more than saving some energy, but it is entirely possible to do both.
Like I mentioned at the beginning, if you just have limitless mega snacks (and I know at least a few of you gardening monsters do), then ignore this completely, as it won’t help you. The goal is to speed through the higher levels to avoid high energy costs per game; but if you can speed through the entire thing with only mega snacks, then you do you.
For those of you that made it this far, I appreciate you taking the time to read this post! Do you think this is effective? Leave a comment below!