As we enter April, the first Wizard101 update for 2020 is here!!! Past Spring Updates have brought popular quality of life changes, as well as new features and systems. Two updates you may remember included Monstrology and Hatchmaking. The 2020 update lives up to those expectations without a doubt. So, let’s explore what Spring is going to bring to the Spiral this year!

The first thing KI revealed early told us a lot about the future of the Beastmoon Hunt. We get two new maps in the hunting grounds! A beautiful, underwater Celestian building and an industrial Aquilan quarry. These new maps add swimming and new adventure to Beastmoon Hunt, potentially changing strategy and game-play. 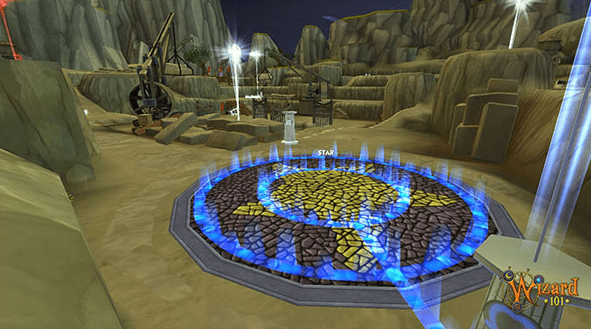 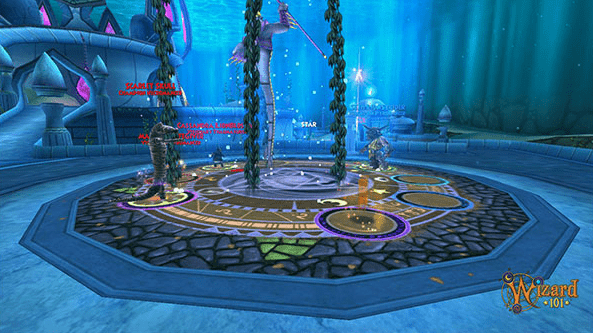 In the same teaser we learned that changes would be made that will allow us to group-up and hunt together with our friends!

Pets are receiving lots of attention in this update! The first change we’ll look at is an update to pet training. The new system works in tiers. Upon completing any pet mini-game 25 times, the option to skip the game unlocks. This new system allows you to feed your pet snacks and level them up faster than ever before. I feel that this update will help make pet training more accessible to Wizards of all levels. Below you can also see the new Pet UI and the new pet-based event, the Pet Promenade. 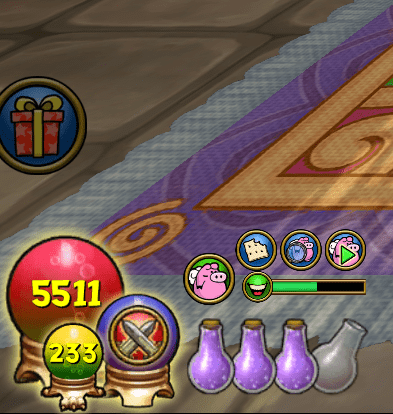 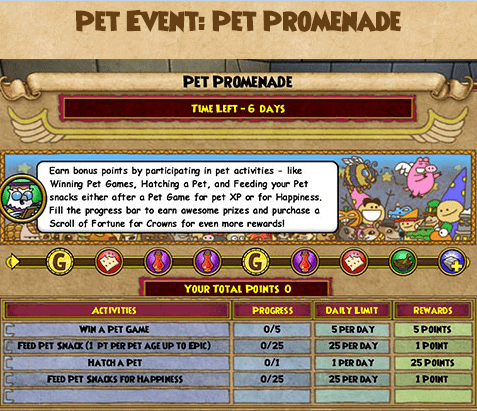 The addition of an exciting new pet talent, called “Will-cast” is the next fantastic update. Unlike May-cast talents, Will-casts aren’t cast by random chance. Instead, the talent appears in your Wizards’ hand to be cast at your direction. While currently restricted from PvP, it could be interesting to see this come to the Arena if it could be balanced. The new stat called Happiness determines these talents. To cast a Will-cast spell, you need a high enough level of Happiness.

You can control your pets if your Happiness is high enough. This depletes at a rate of 5 Happiness per second, but you can feed your pets snacks to increase their Happiness as you go.

New set bonuses could redefine the “best” gear sets entirely. Now, equipping multiples pieces from a gear set will give you bonus statistics. This update allows for gear adjustments and stat maximizing that were never possible before, potentially unlocking exciting new gear setup strategies. We also get a brand new interface for inspecting gear! Now you can use Ctrl + Right-click to see where another Wizard got their gear! 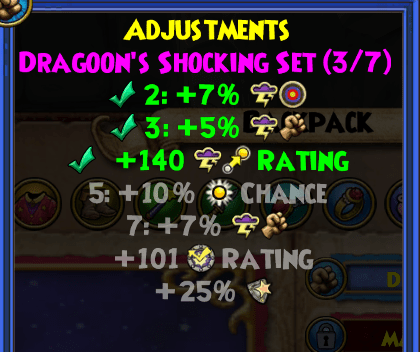 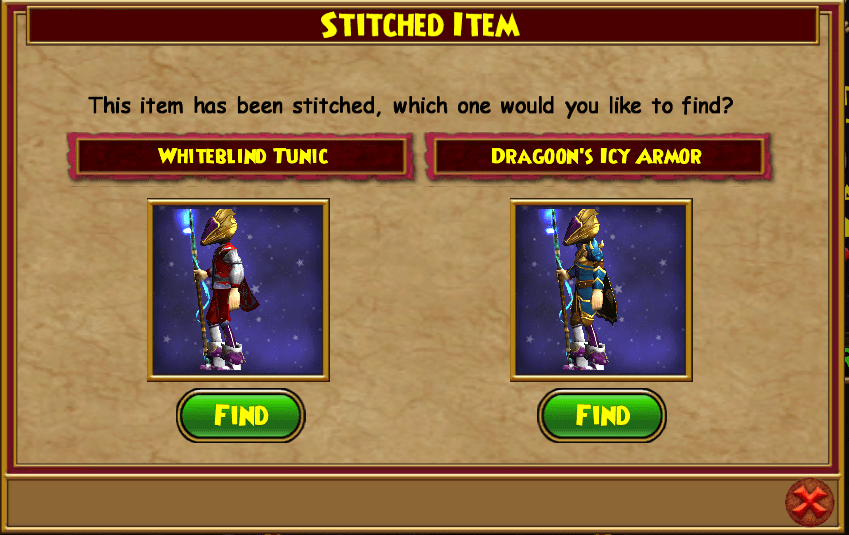 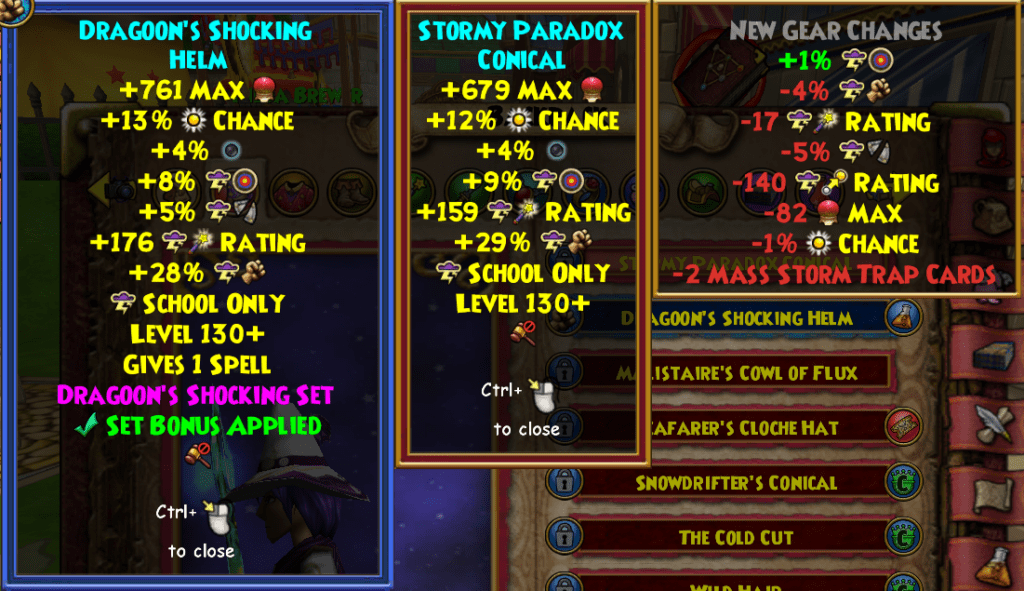 This update also brings an exciting new boss to challenge us! Meet Fellspawn, a new Gold Key boss that was locked away inside the Wizard City catacombs by the ancient Druids. Although the challenge is nice, Fellspawn is not too difficult and is expected to drop Dragoon’s gear! 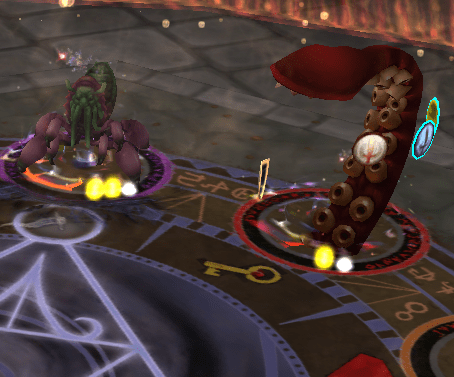 Fish have slowly spread through the Spiral over the years. Now, fishing has finally come to the end of the second arc in Khrysalis. There are eight new fishies for you find, so go out there and catch them all!

This update also brings a much-awaited quality of life change to housing. The new Advanced Move system makes the old rug-glitching system practically irrelevant. Items can now be moved or placed wherever you see fit!

Impactful changes are coming to Shadow Magic. Now, Shadow enhanced spells like Shrike will backlash every single time. Backlash starting values have changed, and final backlash caps out at +70%. For example: at the start of a round when you cast Shrike, you will get +40 Backlash. When you blade or hit, you receive -10. So, even if you flawlessly execute your Shadow’s preferred moves, you will still be hit with at least ten backlash at the end. This change will be impactful in PvE and the Arena. Further changes in the Arena include PvP becoming turn-based as the standard mode, and tournaments free to enter. However, tournament rewards have been temporarily removed. 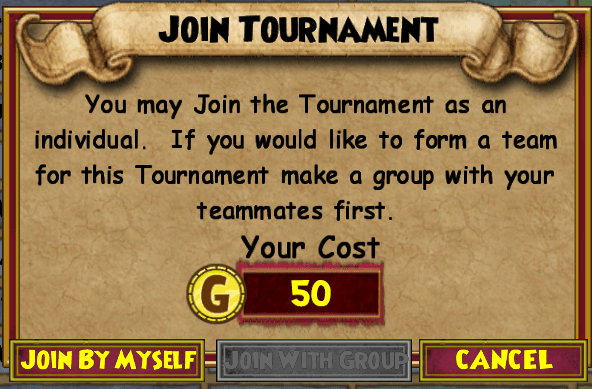 All of this is subject to change, as that is the fun of Test Realm. Make sure to log on and check it out yourself. Don’t forget to let us know what you think at the Ravenwood Community, or on Twitter. We would love to see pictures of your adventures in Test Realm, like this one of me as my pet little Boomer! 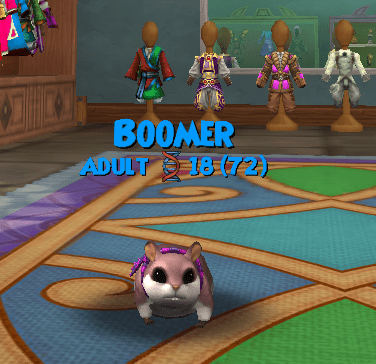